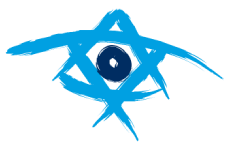 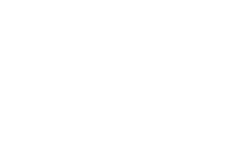 Birthright Israel began with a bold idea—offering a free, life-changing trip to Israel to young Jewish adults between the ages of 18 and 32 and, in doing so, transforming the Jewish future.

Founded in 1999 by a remarkable group of committed Jewish philanthropists led by Charles Bronfman and Michael Steinhardt and Dr. Yossi Beilin. Birthright Israel aims to strengthen Jewish identity, Jewish communities, and connection with Israel and its people.

Our mission is to give every Jewish young adult around the world, especially the less connected, the opportunity to visit Israel on an educational trip.

Nearly 9 out of 10 trip participants rate their Birthright trip as good or great or “one of the best experiences of my life” – an approval rate that any brand would envy.

The gift of a Birthright Israel trip is made possible thanks to the generous support of many sources, including the State of Israel, the program’s founders and other philanthropists, the Jewish Federation system and Keren Hayesod, the Jewish Agency for Israel, parents of trip participants, alumni of the program, and thousands of individuals donors from around the world who believe in our mission.

Birthright Israel aims to ensure a vibrant future of the Jewish people by strengthening Jewish identity, Jewish communities and connections with Israel via a trip to Israel for the majority of Jewish young adults from around the world.

Our hope is that our trips motivate young people to continue to explore their Jewish identity and support for Israel and maintain long-lasting connections with the Israelis they meet on their trip. We encourage our alumni to take active roles in Jewish organizations and to participate in follow-up activities worldwide.

Since its inception in December 1999, over 750,000 participants took part in Birthright Israel, over 100,000 of which are Israelis. They come from 68 countries including all 50 U.S states, Canadian provinces, and nearly 1,000 North American colleges and universities.

Birthright Israel has not only become one of the largest and most formative experiences of Jewish identity in the diaspora, it has demonstrated over and over again that it has a positive impact on participants at the moment in their lives when they are making major decisions about the kind of life they plan to lead.

How do we know? We measure. We conduct surveys before the trip, and afterwards. We listen.

That’s why we do not generalize about Birthright Israel participants – we focus on the distinct patterns that matter most.

Here is one that we think is most critical, given Birthright Israel’s mission to promote Jewish identity and connection to Israel:

Among all Birthright Israel participants, we see a meaningful impact on their Jewish identity, connection to the Jewish community and understanding of Israel.

This impact is real, and it is both immediate and long-lasting.

The Maurice and Marilyn Cohen Center for Modern Jewish Studies (CMJS) at Brandeis University has conducted rigorous research to evaluate the program and learn about its impact on the current generation of Jewish young adults.

The TAGLIT trip is a journey through both Jewish history and the contemporary Jewish state, accompanied by Israeli peers (“the Mifgash”) who join the trips as colleagues and friends. The TAGLIT journey is committed to a culture of open discussion and dialogue about all issues: identity, geopolitics, religion, and Jewish life. While trips are operated by different Trip Organizers such that each trip differs slightly, all trips focus on three core educational areas: Narratives of the Jewish People – Participants visit a Jewish heritage site, a Zionist heritage site, a contemporary national heritage site, a “natural” heritage site, and a Shoah (Holocaust) heritage and learning site. Contemporary Israel – Through visits to different organizations, institutions, and businesses, participants explore Israeli geopolitics, society, and statehood; arts and culture; and innovation, entrepreneurship, and technology. Ideas and Values of the Jewish People – Group members celebrate Shabbat together, form a Kehilah (community) with mutual responsibility, and engage with Talmud-Torah and Beit Midrash and Hebrew as a living language.